CORSIER-SUR-VEVEY, Switzerland (June 30) -- The Swedish Olympic Committee informed United World Wrestling that it will be giving back its 68kg quota in women's wrestling at the Tokyo Olympic Games.

Zappelli introduced herself to the audience and outlined the IOC's broad mission as a mechanism to showcase cooperation, peace, competitive spirit, and ethical behavior.
Lalovic also addressed the delegation,emphasizing the recent efforts made by the sport to ensure fair play and ethical conduct. As an example, Lalovic discussed wrestling's leadership in the utilization of Blockchain technology to ensure 100-percent random and independently verifiable draws. 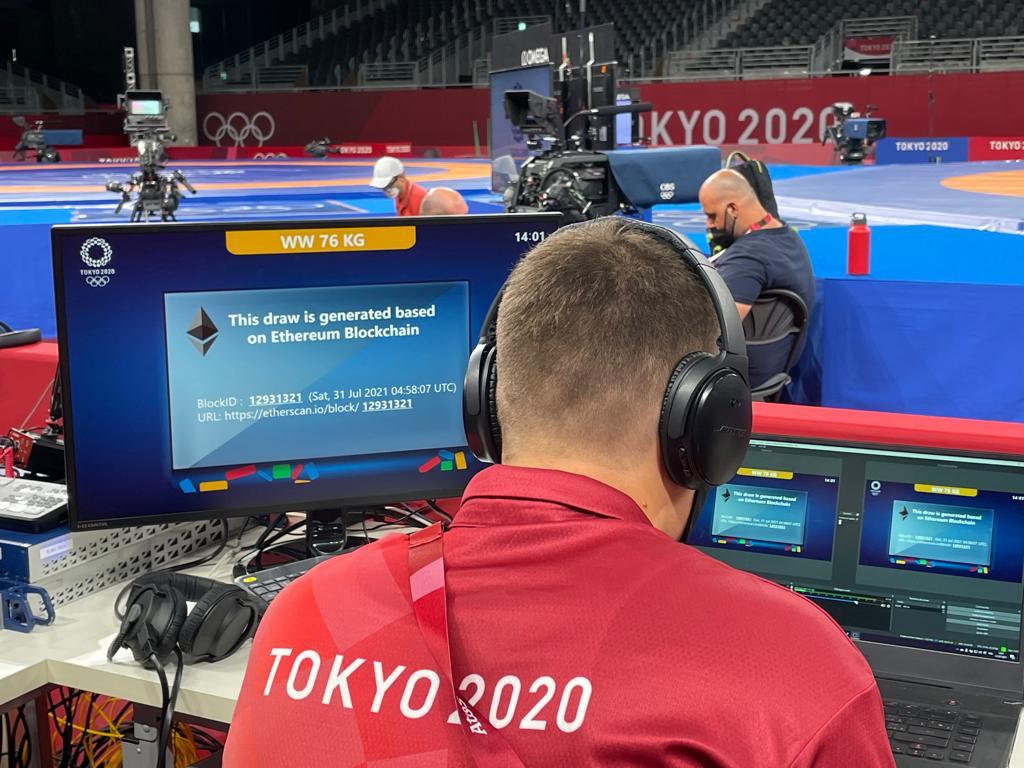 Youssef BOUAZIZ (UWW) oversees the initiation of the Ethereum-backed Blockchain.

The technology was then used moments later to draw the brackets for the first day of the competition with brackets in Greco-Roman 130kg, Greco-Roman 60kg, and Women's Wrestling 76kg all being drawn instantly on the big screen in Hall 5 of the Makuhari Messe.